Some might say this car upgrades to avoid list is a buzz kill. And I totally agree with you. But here at fix my old ride we talk about trying to extend the life cycle of old cars.

In some cases, these are the automobiles that drop off our kids at school and take us food shopping a couple times a month.

When you start installing automotive upgrades to an automobile that you count on for everyday transportation you run the risk of reducing the reliability of it.

So my intent is not to throw a cold bucket of water on your fun, but to actually preserve your ability to get where you need to go.

Here we'll talk about the top five car upgrades that are common, fun, but at the same time a bad idea. Before we begin, let me tell you who this article is not for.

If your car is a hobby or used as entertainment and you don't rely on it to get to work every day, this post is not for you. 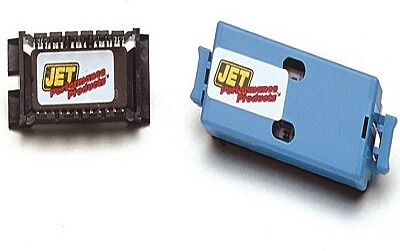 Automotive computer performance chips seem like a good idea when you read the sales letter from the company that makes them. And to be honest on some vehicles they make a huge difference.

Diesel trucks with a variable geometry turbo and high performance pony cars like your Mustang, Chevrolet Camaro and Dodge Challenger could see large performance gains with the installation of a super chip.

The cars that should avoid these performance-enhancing silicone implants are everyday transportation, automobiles like a Pontiac Grand Prix or are Buick Regal.

Unlike the diesels and the performance cars mentioned above, these daily drivers were not designed from the factory for performance purposes.

Not only was the 15-year-old four-door sedan you got from your grandmother not designed for these improvements, but you will probably wind up creating car computer and sensor problems if you install one.

Sidebar: I went to look at a 1997 Chevrolet Cavalier that a neighbor wanted to buy for their sons first automobile. The car was a mess inside and out, but the engine did start right up.

Using my portable handheld auto scan tool I started pulling codes and writing them down. About 15 minutes into it, I realized that I should stop writing the codes down.

So many were set I couldn’t use them for diagnosis. My final thought on an automotive, computer performance chip is the factory does a pretty good job of writing fuel management instructions.

Thinking that an outside company will improve the performance on your 15-year-old car with over 100,000 miles isn't logical.

Car Upgrades to the Suspension System 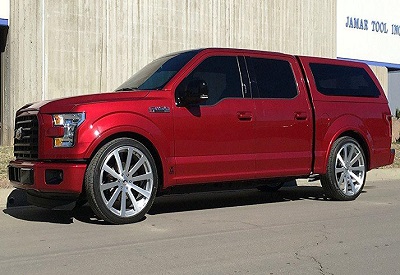 A lot of people want to take their truck and make it higher. There's another group of people that would like to take their cars and make them lower. Slamming your daily driver will not enhance the reliability or comfort of your commuter car.

When you take a truck and make it higher you change the working angles of the driveshaft and the suspension parts.

The exception to the rule might be a slight body lift where only the body is raised. I would agree with this more than a major suspension lift.

If you just lift the body you maintain the original angles of the driveshaft, steering system components and other suspension parts.

As far as taking a car and lowering it, this is an even worse idea than raising the truck. When you lower the automobile you change the factory alignment angles on the tires.

Not only will you find it necessary to replace the tires more often, but other damage can occur to suspension system components.

In addition to these problems, lowering the automobile decreases the distance between the undercarriage components and the street.

After you smash closed your exhaust pipe the engine will not run well. Then there's the situation of driveways and speed bumps that can completely remove things from the undercarriage of your lowered automobile. The sparks look cool at night, but the damage is costly.

Changing the Wheels and Tires on Your Ride

Things like ball joints and tie rod ends will feel more of the shock of the road than they did with the standard size tire that absorbed more of the impact.

Changing the wheel size will not only throw off your speedometer it also forces the transmission to work at a different gear ratio.

The factory put the car together so the transmission, wheels and tires would work together as a team. When you install those big wheels and low-profile tires you change this balance of the factory design.

If you don't like the hubcap and steel wheels on your 15-year-old car I don't blame you. What you could do is look around on popular auction sites for factory wheels of a different style.

Automobiles through the 90s and 2000's offered base models with steel wheels and hubcaps. They also offered sport and luxury models with really nice aluminum wheels.

Instead of going for the bling, go with the factory style car upgrades. Visit the Homepage to see how this website can help you fix your old ride. 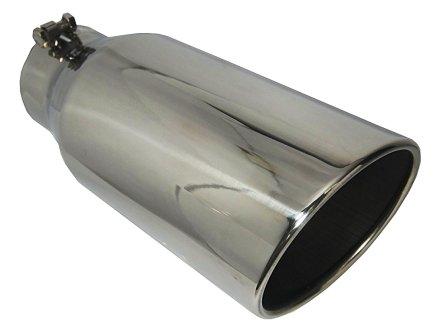 How many times have you gone down the road and seen a four-door Honda Accord with a performance muffler and tailpipe sticking out from the back bumper.

These types of car upgrades promise increased performance and a cool sound while you're driving. A friend of mine performed one of these awesome upgrades.

We took the car to the local drag strip on street night and ran his Honda before and after we installed the performance exhaust and 4 inch tailpipe chrome extension. The car actually went slower after the upgrade.

Not only did the upgrade reduce performance, but the sound of a four-cylinder Honda with performance exhaust can eat away at your soul when you're driving in this automobile.

Of course, this might be an opinion and some of the younger crowd out there might think this is still a worthwhile upgrade even though it slows the automobile down.

There is another situation where reducing the back pressure on the exhaust system can actually hurt the engine in a long-term situation.

The engineers designed the engine to run with a certain amount of back pressure. When this is reduced it can actually increase the temperatures around the exhaust valve.

After several years of running without the factory recommended pressure you can burn the valves in the cylinder head.

As I mentioned above when we started talking about computer performance chips, some of the automobiles that actually benefit from upgrading car and truck exhaust systems are the performance models.

Cars like the Mustang and the Camaro could benefit from alterations on both the intake and the exhaust side when performed at the same time.

As an example, you could install a cold air intake and a Borla exhaust at the same time. These car upgrades on a model intended to perform could actually gain something.

This is an opinionated statement on my part. I believe that upgrading automotive fluids to synthetic isn't the way to go.

If you have a 20-year-old car there was no such thing as synthetic DOT 5 brake fluid or 0W 20 full synthetic motor oil.

Installing these newfangled fluids in an old automobile can be counterproductive. I hit this point a little harder on my top 5 maintenance services to perform at 100k miles article.

Once again, I look to the engineer’s expertise for guidance on what type of fluids belong in my automobile.

Not only did they design the engine, but they were under instructions from the factory to make them as reliable as possible.

Why did they want their engine to perform well and be reliable? It wasn't because they wanted you to be happy with the vehicle. It was because they didn't want to spend money on warranty repairs.

In other words, they didn't want to work on your car for free. Therefore, they put in the best fluids available to them at the time to help protect their own bottom line.

Although I might be an automotive expert I'm not smarter than the engineers who built your car. When it comes to car upgrades I refer back to these experts.