Before we supply car battery charging information we need to cover quick safety tips. I can tell you that an exploding battery, although rare, remains a possibility.

This is why you need to wear a face shield and heavy work gloves when working around this component. In my 30 year career, I can count the number of times I've seen a battery explode on my fingers.

It's never happened to me, because I understand what makes them susceptible to ignition. When the battery blows up it's because there's an invisible gas floating above the surface that's ignited by sparks.

However, following some basic rules can practically eliminate the chances of this nasty occurrence from happening.

The presence of gas above the battery usually coincides with a surface that looks moist or has an abundance of corrosion. Two important things can reduce the possibility of combustion. Ventilate the battery compartment area with a fan.

This disperses the explosive fumes. Next, eliminate creating sparks using common sense techniques. Disconnect the negative side first when replacing it.

Don't try to save an old worn out battery. These things only last 3 to 5 years. The only exception to the rule becomes a seven-year battery that's usually in the AGM category.

You must remove and dispose of old batteries in poor condition, with cracked plastic cases. Don't waste your time trying to charge and save a battery that belongs at the recycling center.

Now that's out of the way we can move on to car battery charging information that covers testing and how to charge a battery worth saving. 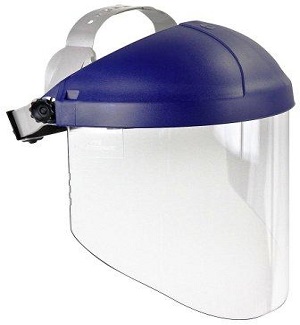 Get the Car Battery Ready for Testing

On a lot of older automobiles, you'll find car batteries with a built-in hydrometer. Although its official name is the battery inspection window we often call this an eye.

It's a good nickname, because it lets us look into the internal health of this electrical energy storage device. Let's debunk a myth about the battery eye.

When we look at the eye of the battery we want to see a bright green indicator. Dark green or the absence of color that we'll call a black eye indicates the battery falls short of its ideal level of charge.

It doesn't test its ability to sustain a load like a starter motor or other car accessories. Therefore, a green eye simply means the battery is ready for testing. What do you do if you have a battery without a built-in inspection window?

Just measure its current level of charge with a standard automotive voltmeter. You should achieve readings above 11 V. Note that if you recently ran the automobile you can find batteries with charge readings of 13 V or more.

We call this a surface charge. The presence of a surface charge becomes a strong indication your alternator is doing its job. However, if you're having battery problems, chances are you're not ready to test it yet. So let's talk about charging the battery for testing and then finally we'll cover the testing procedures. 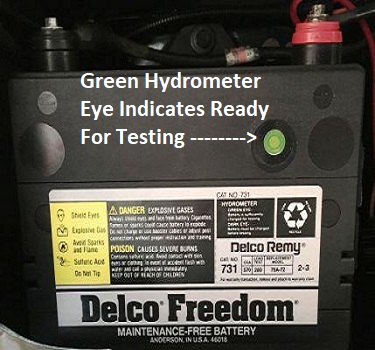 Battery with a Green Eye

People want to know how long it takes to charge a car battery. Unfortunately, there are a lot of variables involved in the answer to this question.

What kind of charger you have pushes its way to the front. These devices aren’t created equal. Auto repair shops use professional battery chargers they push around on wheels. It's not the wheels that make these units powerful.

I have a battery charger at home that I recommend as the bare minimum for even casual automotive enthusiasts. Just because the charger has wheels on it doesn't mean that it's expensive. I spent around $120 on a solid unit that should last me a long time.

What I like about it is the car jump function that's capable of supplying 200 peak amps for jumping a car with a dead battery. I’ve jump started diesel trucks with this machine without any difficulties. However, it's the charging functions that impressed me most about this particular charger.

I prefer the fast charge setting that doubles the charge time to about four or five hours. If you want an accurate estimate of charge time you'll have to do some math. Here's the formula for determining the battery charge time.

Although my particular unit doesn't have an automatic or trickle charge feature it does include a timer. This prevents damaging the car battery by overcharging it. This brings me to debunk a few myths about car battery charging information.

Many believe that the best way to charge the battery is a trickle charger installed for 24 hours or longer. This statement might hold water on a deep cycle marine battery. However, the standard automotive battery is not a deep cycle design.

In fact, they designed it to handle a rapid charge rate supplied by the vehicle's alternator. The average automotive alternator puts out around 90 A.

They use the rapid charge method, because of the way people drive cars. They take half hour trips several times a day. This requires a rapid rate of charge to maintain the battery's state of readiness.

One of the myths that you hear says, "Charging a battery too fast will make it boil and destroy it".

If you use a rapid rate of charge on a timer mechanism this won't happen. It shouldn't happen even if you use an automatic charger, although I have seen these malfunction.

Long story short, charging an automotive battery in the same manner that your alternator does will not harm it. Some might say what happens if you drive the car for 10 hours straight.

Well the automotive electrical system includes a voltage regulator that prevents overcharging of the battery.

Personally, I would rather rely on the timer setting of a manual rate charger than a built-in voltage regulator in an automatic charger set up. This is just my personal opinion. 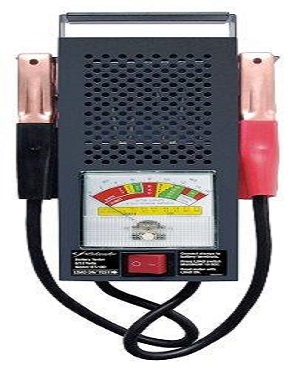 When the battery is properly charged it's ready for testing. There is no getting around using a specially designed tool to test the capacity of the battery.

Fortunately, they make home testing models in the $20 range. The analog testers they offer have been around for 40 years. Although they make fancy digital units, the inexpensive analog testers still work great.

They simply connect to the battery and apply a load to it and then measure the voltage over a period of time. A rapid discharge under load indicates a problem.

The nice thing about the tester is you simply watch the needle and it points to a red or green field indicating the results of the test. Another nice feature that all of these test devices have built-in is an alternator test feature. This time, you perform the test with the engine running.

Watch the position of the needle and it points to the green zone when the alternator is putting out sufficient amount of electrical power.

If the needle points to the red zone you might have just found out why your battery needs replacing.

When an alternator malfunctions, it can knock a lot of life off a car battery.

Note that failure of the alternator could include failure of the voltage regulator as we discussed above. If you are not a do-it-yourself minded individual we still have a solution for you.

In fact, many of these places won’t charge you a diagnostic fee if you get the work done at their facility.

The way you use your vehicle plays a big role in how long the battery lasts. For people that drive an automobile to work, 45 minutes in each direction, five times a week, the alternator has time to properly maintain the system.

For drivers that take a 1 mile trip, twice a day, seven days a week, the alternator falls short on the time needed to maintain the battery.

We have a car in the family used in this manner. Here’s what I do to compensate for this. Once every three months I roll the charger out and bring the battery up to full capacity.

I talk about this more on the page covering three simple DIY car maintenance services you can perform yourself. Bringing the charge level up to maximum on a quarterly basis prevents my significant other from getting stuck somewhere. It also helps the five-year battery last the 60 months it's supposed to.