Sometimes when they switch to a new design they find out the reliability of the new technology remains questionable.

Unfortunately, we don't discover these issues until the automobile grows old or has a lot of miles on it.

Although these automobiles are getting old and clocked a lot of miles, it’s usually worth replacing the MAF sensor.

Not only can replacing the part turn off the check engine light, it often eliminates engine stalling and poor fuel economy. 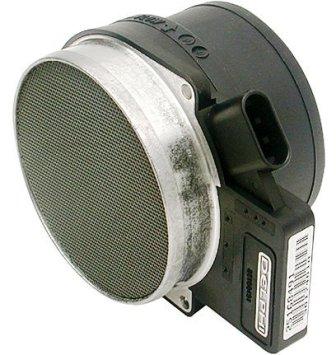 Since the mass airflow sensor is one of the most important measuring devices used for mixing the air fuel mixture symptoms vary.

With that said, there’s a few common ones found on American made automobiles with a malfunctioning part. Of course, when the MAF sensor starts providing false, or out of range data the check engine light comes on.

With Chevrolet trucks carrying a 5.3 L engine a few of the common codes you see include the P0171 lean condition on bank one, and P0172 lean condition for bank two.

Nevertheless, an intermittent mass air flow sensor can cause a phantom stalling condition before it registers any check engine light codes.

This slows the information coming from the component back to the automotive computer control module. On these vehicles it's common to experience a severe hesitation and poor fuel economy. 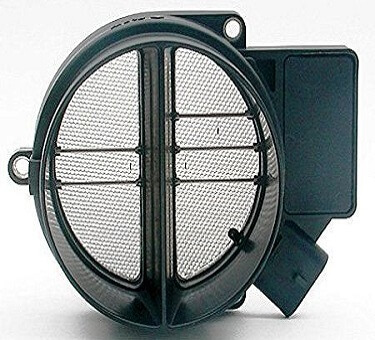 As I mentioned in the opening paragraph these air flow sensing devices suffered through many changes throughout the years. Generally speaking, the newer ones become more reliable.

However, since the fixmyoldride.com website deals in older automobiles, visitors experience problems with the parts mentioned here.

Chevrolet Silverado pickups, Suburban and the Chevy Tahoe from 1999 through 2003 make the list of trucks that often experience air flow sensor problems. This is particularly true of vehicles with the 5.3 L V-8 engines installed.

Let me make an important point. Just because your truck falls within the criteria doesn't mean you actually have a failed part.

Yes, the older the vehicle and the more miles on it this becomes a likely scenario. However, problems with the wire harness near the sensor remain possible.

I’ve even seen some Chevrolet trucks with broken strands of wire inside the insulation where the harness bends and turns in the engine compartment.

Wiggling the wiring harness with the engine running is a good way to test this theory.

If the vehicle begins to stumble, stall out or change engine RPM while you wiggle the harness and connector, this problem needs correction before replacing any parts.

Perform this along the entire length of the harness, but pay close attention at the bend closest to the MAF sensor. 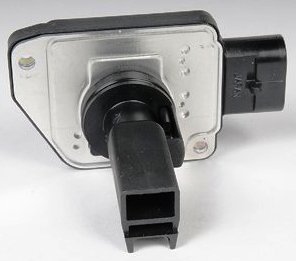 Unfortunately, it's not just trucks experiencing problems with MAF sensor malfunctions. Although the design is different on the automobiles when compared to the trucks, there certain car models that seem to have issues with the air density sensing device.

Front wheel drive Chevrolet cars carrying the 3.8 L V-6 engines push their way to the front of the line. Keep in mind that this is just my personal experience backed up by popular Chevrolet technical forums.

Therefore, your results might vary. The 3.8 L V-8 engine is a cross platform power plant. This means the popular Buick Regal also makes this list.

However, some of the most popular automobiles that Chevrolet makes had their own issues from 1999 through 2005.

Here's a few examples of these popular front wheel drive cars. The Chevrolet Monte Carlo and the Chevy Impala LS both carry the 3.8 L V-6 engine.

As in the example provided for the trucks, if your car falls in this group, perform some quick diagnosis before replacing the part.

Note that when these mass air flow sensors malfunction they often set a code in the P0100 range. This is different than the trucks mentioned above. In fact, P0101 stands for MAF sensor circuit out of range performance.

Other common codes include P0102 standing for low circuit input or even a P0103 for vehicle air flow circuit high input. Finally, the P0104 stands for a mass air flow sensor circuit malfunction.

When you take your vehicle into an auto repair shop and they find the codes mentioned above, they often try to talk you into cleaning the sensor.

I have never seen this operation performed and actually solve a check engine light code. With that said, vehicles not performing well should get the sensor cleaned.

With a can of specialized mass air flow sensor cleaner less than $10, performing the service yourself remains a valid choice. If the shop takes out the part and cleans it you probably still need to replace it.

It costs you an extra $100 instead of $10. It's not often that automotive maintenance problems cause check engine light codes.

That's not to say it never happens. In fact, in the symptoms of a clogged fuel filter you'll find lean engine codes set in severely neglected fuel filters.

Finally, let’s talk about replacement parts. The Delco units on this page become expensive when purchased from the dealership parts department.

You can find the same part numbers online a little cheaper. I don't recommend going with an unknown manufacturer for this component.

I've read too many stories about people getting burned, because they tried to save an extra $25.