At the bottom of this page is a complete list of the 20 different codes that set and their definition. Here we'll also quickly cover the basic operation of the EVAP (Evaporative Emission) system.

It's a troublesome, but simple circuit. If you know how it works it's easier to repair. Finally, we'll cover and supply the most common failed parts that set these 20 different check engine light codes.

When the malfunction indicator lamp comes on and you find out it's a vapor canister purge problem you don't have to panic.

In fact, I would consider myself lucky, because there are much worse codes out there to deal with.

This type of problem will stop you from passing inspection, but it won't stop you from going food shopping. Okay, there's an exception to this rule.

If a Ford purge valve gets stuck in the wide open position, sets a code P1450, it can cause sputtering and stalling. 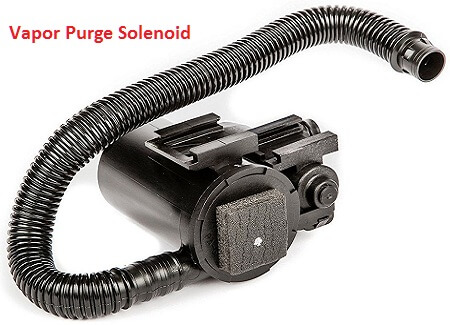 The King of the Nuisance Codes

Mechanics have a nickname for trouble codes in the P0440 through P0459 range. We call them nuisance codes. We give them this nickname, because they won't stop your car from starting and driving reliably.

The reason vapor canister purge issues turn on the check engine light is because in the mid-90s the Environmental Protection Agency (EPA) decided that fuel vapor is harmful to the atmosphere. Automotive fuel systems need venting.

This is also why you'll see that rubber sealing device on the fuel pump nozzle when you go to add gas to the tank. This accordion style rubber boot seals against the filler neck and is meant to minimize fuel vapor escaping when you're refueling. 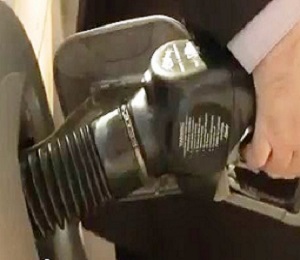 I'm going to keep this section brief so we can get right into the parts that commonly fail and why.

The EPA decided that car manufacturers must seal the fuel tank against vapor leaks. They also put in place legislation that the on board diagnostic system needed to verify the integrity of the seal. Further more, it needed to do so on every drive cycle.

So now, when we turn on the ignition key a pump lightly pressurizes the vapor canister purge system and monitors the rate of leak down. If it holds pressure, no codes set.

If it leaks down slowly a small leak code sets in the computer's memory. See a full list below, for all the code numbers and related definitions for each check engine light code in this category.

An automotive fuel system naturally expands and contracts due to outside temperature influences.

This means that a vent to allow air in and a purge system to remove excess pressure also needed installation. The fuel vapor canister takes care of these tasks.

When the vehicle is going down the road the purge control solenoid opens and allows this vapor to flow into the combustion chamber where it's burned. Failure of any of these devices or the circuits that control them will cause evaporative emission system codes to set.

Generally speaking the older the automobile the less reliable the vapor canister purge emission system becomes. Manufacturers had to scramble to design and build systems to comply with the new clean air regulations.

They also faced adding substantial costs per vehicle. In an effort to decrease how much they spent on each car they developed cheap plastic vapor canister purge devices to get the job done. These plastic components didn't age well and are often the source of the problem.

One of these cheap plastic parts is the canister purge valve. One side of the valve connects to the storage canister and the other end allows vapor to flow to the intake manifold. The purge valve is designed to open and close at the right time to facilitate the proper flow of vapor.

Not only can these valves malfunction and stick open or closed, but sometimes the plastic they're made from begins to weaken. Then the purge valve itself creates a leak. Fortunately, inexpensive replacement parts are available and the repairs are not too difficult.

Each manufacturer designed a slightly different system to get the job done. However, they control most of the purge valves with a solenoid.

The computer decides when it's time to flow vapor and the solenoid operates the purge valve.

Again the manufacturers in an effort to reduced costs per unit used some cheap plastic solenoids on the factory assembly line.

These substandard parts can malfunction and cause the vapor canister purge emission system to stop working altogether.

Malfunctions of the vapor canister control solenoid can set five different trouble codes all by itself. Again we have supplied a complete list of the diagnostic trouble codes below. Fortunately, the parts are inexpensive and replacing them is not too difficult on most models.

Some of the most difficult EVAP trouble codes that can set are the ones for system leaks. As mentioned, in many cases, it's the cheap plastic parts the factory installed that create the leaks.

However, the automobile is always capable of throwing a curve ball at you. Aging and leaking rubber hoses and plastic tubes can also set these diagnostic codes. There is a special tool used to find even the toughest leaks. They call this device a smoke machine.

It connects to the fuel filler neck and pumps thick white smoke into the fuel system. Next the technician will carefully look for areas of smoke escaping. The machine works well on all size leaks.

In isolated cases having one of these handy special tools might be the only way to track down and solve a small leak problem. In addition it's worth mentioning that an old fuel cap is also capable of setting codes. 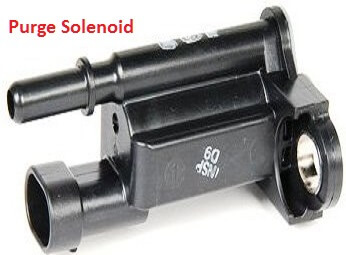 Since there are 20 different generic codes that could possibly set for any failure in the evaporative emission system we can use this to our advantage.

An electrically shorted control solenoid or a malfunction in the circuit that controls it will set specific failures.

This makes it important to have at least a cheap car code reader to extract this diagnostic information. When you set a P0440, P0442, P0443 or a P0445 you are likely looking at a plastic purge valve that has failed. Codes registered with the number P0447 and P0448 could mean a failed vent control solenoid.

Although some might recommend heading to a vehicle specific forum I have another interesting tip. You can go to Amazon and search down a purge valve or vapor canister control solenoid for your vehicle.

In the comments section below the product you'll find people discussing the codes that set and if the part solved the problem.