Unfortunately, the reduced engine power issue on Chevrolet trucks has more than one possible root cause. Keep in mind when I mention Chevy I'm also including the GMC trucks in this article as well.

The interesting part, since the failure is in the drive-by wire set up, you might actually see other messages come up on the driver information center besides reducing power.

Any system the computer jumps in and takes over the throttle position control function will be affected by this type of failure.

Therefore, you might see a message warning of traction control problems, service stability system and of course the most popular reduced engine power.

Here in this brief article about this common failure, we cover the possible causes. We'll skip over how the system operates and head directly into the problems that create the warning message on the driver information center.

If this is your lucky day, you'll find a loose ground strap between the firewall and the engine block. 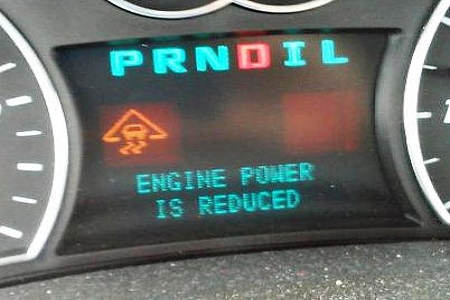 As I indicated in the opening section, the best possible scenario becomes a loose or corroded ground strap. So lets talk about that first.

This braided steal strap performs the vital task of connecting the engine grounds to the solid metal firewall.

You’ll find this connection directly in front of the steering wheel on the engine compartment side. Since these are trucks and work hard it's possible they have worked loose.

Some trucks get exposed to harsh environments that promote corrosion buildup. Salty road slush can get kicked up to both sides of the ground connection. Sometimes you can walk up to them and just try to give them a wiggle.

And if they move, you probably found the problem. Note that the engine side remains difficult to get at, but it's worth making the effort, because if you don't have a good ground the throttle actuator system will perform erratically and intermittently. 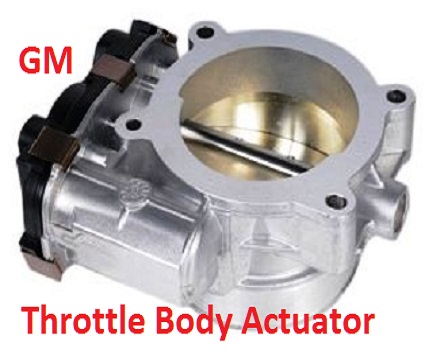 Now that we covered the best case scenario let’s talk about other reasons for seeing the reduced engine power message on the instrument cluster.

If you scan the vehicle you often find a diagnostic trouble code P1516. This code sets when the engine control module detects the throttle actuator reporting unreliable information.

The throttle shaft and plate can bind and stick. This isn't the most common issue, but you have to check this. General Motors had this throttle body problem many years ago on its troublesome 4.3 L V-6 Vortec engine.

However, with the transformation into a computer controlled drive-by wire system the ability to obtain a precise throttle position becomes absolutely necessary. In fact, absolutely required when the stability or traction control systems go active.

If it sticks the computer struggles to find the right position. Another throttle body actuator problem involves the General Motors throttle position sensor.

A code P0120 through P0124 could set indicating communication issues with the TPS sensor. As mentioned above, a P0121 code that stands for pedal position sensor circuit performance out of range, dominates on aging General Motors vehicles.

These use to be an easily replaceable separate part a few years ago. In fact, not only did they last a long time you could adjust them.

But when they went to the drive-by wire system they integrated the parts into the actuator assembly.

Dealerships and auto repair centers might tell you that you have to replace the whole throttle body assembly.

Although this remains a good idea, it isn't exactly true. You can get the throttle position sensor separate from an entire assembly and yes this saves you money.

In fact, you could save around $100 depending on where you source the parts from. With that said, if just replace the TPS without cleaning the throttle body you'll continue to have troubles.

The throttle body develops a gummy sticky coating and the problem persists if not reconditioned. In other words the low power light and related check engine light codes return even with the new TPS sensor. 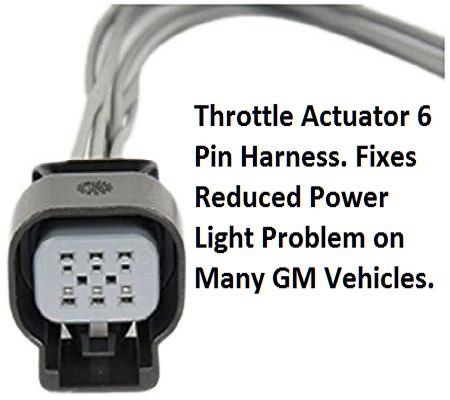 Another issue that we have to talk about before we move on is the electrical connections between the electronic control module and the throttle actuator.

Information from the actuator is sent back to the ECM and the computer sends output commands to the positioning motor.

All of this communication flows through a six wire harness. The harness takes a bend as it heads to the actuator connector. This six pin micro connection is not the most reliable. There are a couple of ways you can test both the harness and the connector.

With the engine running and no warning messages showing, you can wiggle the harness along the bend. Try using two hands with an up and down motion to move the wires internally.

If the low-power warning message comes up while you're doing this you have wires broken inside the insulation. You can learn more about this type of electrical diagnosis here. Fortunately, they make a replacement harness for this situation.

You can perform the same wiggle test with the connector where it attaches to the black plastic actuator housing. The chances of this being your problem are slightly lower than the others listed on this page.

However, they wouldn't sell a replacement harness on Amazon if this wasn't an issue on a fair amount of trucks. Also note that the Chevrolet Equinox, Silverado, GMC Yukon, Chevy Suburban and even the Tahoe all use the same six pin configuration connector.

All too often I see mechanics and retail auto repair shops recommending a cleaning of the throttle body when they see a reduced engine power light.

This is an easy sell as cleaning this area associates with the warning message. Unfortunately, the occasions that a cleaning actually solves the problem returns the same odds as hitting the lottery or getting struck by lightning.

In fact, in some cases the cleaner can do more harm than good. Some shops will remove the unit for cleaning and create additional problems in the process. There is no silver bullet to solve the reduced engine power message issue.

It will take a little diagnosis or at least a process of elimination to solve the root cause. The good news is you have a 50-50 chance of it being a less expensive solution. 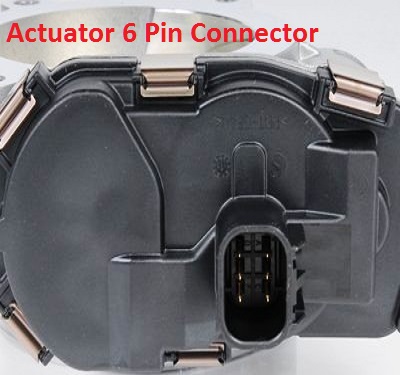 My final thought about the drive-by wire system is not a pleasant one. For about 110 years we used a throttle cable to increase engine speed. This mechanical connection worked flawlessly.

However, when car manufacturers decided decades ago that driverless cars were the future; they needed to come up with a way to control the throttle without using the human foot.

These early systems were the most troublesome. Sometimes automotive consumers become lab rats in the experiments of car makers. Of course, that's just a jaded opinion from a master technician's point of view.

As we edge closer to street legal driverless cars you'll find electric steering, brakes that apply themselves and lane departure warning devices that automatically correct the car's path. The question is, has the reliability of the technology caught up with the dream of a car that drives by itself?