The Chevy daytime running light problem is a far-reaching one. For more than a decade mechanics have been replacing melted factory installed sockets and bulbs.

We'll also discuss ambient light sensor problems in this article. It's interesting that this issue affecting so many trucks across the General Motors product line never triggered a safety recall.

Usually, when an electrical part melts on so many of the same type automobiles the DOT (Department of Transportation) gets involved.

Not to mention, exterior vehicle lighting is considered safety equipment. In fact, law enforcement can write you a ticket when these lamps fail to illuminate.

With that said, I'm guessing that even though the sockets melted they haven't actually started any vehicle fires.

Nevertheless, owners that notice that a daytime running light is out will often have to do more than replace the 3157 part number bulb.

Here we'll talk about what it takes to get the job done so you won't have to replace them over and over. 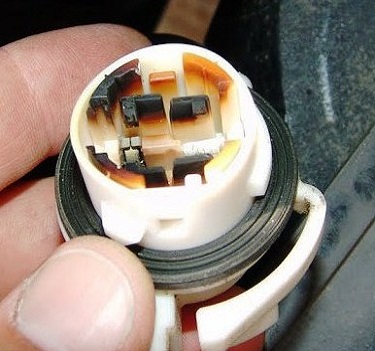 A quick note about testing the Chevy daytime running light. They don't light up when the truck is running in Park.

However, if you set the parking brake they come on for testing purposes. In the working-class town that I live in we have an abundant amount of 10-year-old Chevrolet pickups running around.

The majority of them have at least one daytime running light out. Not only does it look unattractive, but these vehicles often fail a state safety inspection.

When these drivers head to the local parts store and pick up a new 3157 bulb they'll find another trip to the parts store necessary.

The made in China plastic connector installed on the factory assembly line that holds the running light eventually succumbs to this heat and starts to melt.

At this point just replacing the bulb leads to an extremely aggravating recurring problem. The bulb will continue fail.

The daytime running lamps will often flicker as the vehicle hits bumps going down the road with the damaged lamp socket.

This is annoying to drivers in front of you. Especially when they look in the rear view mirror. 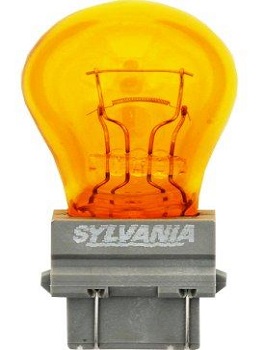 Why We Replace the Chevrolet Light Socket

Chevrolet uses retaining pins to hold in the light housing. Here’s an excellent article with pictures If you need more information on how to access the bulb.

When you remove the light socket to gain access to the daytime running light you often see the problem right away.

If you look at the picture in the opening paragraph you can see the charred socket. This isn't even an extreme case.

Sometimes the socket becomes so melted it will not hold a new replacement 3157 bulb. In other scenarios you might only see slight damage as the lamp socket resembles a yellowish or off-white color.

These sockets all need replacing with new parts. Obviously, if it's melted to the point where it won't hold the bulb properly, you'll have intermittent operation over bumps.

However, even if it just looks yellowish this is a sign the socket has become brittle and additional problems are heading your way.

Instead of trying to get another six months or year out of this failing socket we recommend that you just go ahead and replace it.

All the parts including the bulbs fall below the $30 range. The two and three wire light sockets cut and splice into the factory harness.

If you're going to use a butt connector we recommend the ones that have a melting, heat shrink to keep out moisture and corrosion.

We also recommend any brand you want that offers a long life 3157NA replacement bulbs.The long life lamps offer heavy duty filaments that actually do last longer in this application.

Note that on some Chevy trucks they use amber color light housings. On these units the replacement lamp has a clear shell. These fall under the part number of 3157 without the natural amber indication. 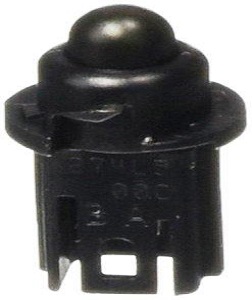 The ambient light sensor fits into the dash out towards the base of the windshield. When it senses light it allows the voltage to flow to the Chevy daytime running light sockets.

There's a few interesting things about this automatic set up. First, is that drivers don't have to remember to turn on their headlights as when dusk comes they turn on automatically.

However, more than once I've had drivers complain about daytime running lamps that don't work at all.

Sometimes you find junk on their dashboard covering up the dash light sensor making the automatic system think it’s dark outside.

In the same situation, I’ve found broken ambient light sensors from tools or heavier items placed in the area where the sensor mounts.

On some General Motors automobiles the light sensor becomes difficult to replace. Many believe that you have to pull the dashboard loose to get access to it.

However, on many Chevy Silverado pickup trucks and the sport-utility vehicles with the same style dash pad it’s not hard at all.

On these models you can remove the radio and stick your arm in to replace the defective dash light sensor. There are a few tricks on how to use one hand to get the job done.

For this reason, I recommend watching the YouTube video on how to replace the light sensor.

Visit the fixmyoldride.com homepage for more information on what we cover on this website catering to older vehicles.

Finally, if you own a GM truck you might want to read this article about Chevrolet truck manifold gasket failure and the high failure rates of the engine oil pressure sensor.

In a related article we tackle how to restore cloudy headlight lenses. If you keep your Chevy truck long enough this becomes yet another problem to deal with.