The Ford F150 power window switch won't last as long as the truck itself. Some might say the factory installed cheap switches.

Others might say the overall quality of the engine and transmission allows you to keep the truck too long. I worked for a local county fleet with hundreds of these trucks in service.

A few of them rolled over 300,000 miles before we sent them to auction. That's pretty impressive. However, all of these trucks needed water pumps, alternators and more than one driver's side power window motor and regulators.

In addition to suspension and engine parts the plastic switches also needed replacing several times before the truck actually wore out.

On this page we'll talk about why these switches go bad and offer a cheaper solution to solving the Ford F150 power window switch problem.

First, let me go on the record about the vehicles that use this particular master switch. This is the same part number switch you'll find on the Expedition and Crown Victoria sedans.

The application chart shows they fit all of these automobiles from 2003 through the 2008 model year. If you think about it, this is a massive amount of individual units.

With the strong demand, aftermarket companies stepped up to the plate to produce replacement parts at surprisingly low prices.

As you can see on the above, the Ford F150 power window switch listed by Amazon comes in at the $15 price range.

When I called the dealership they quoted a price just shy of $100 for this master power window switch. 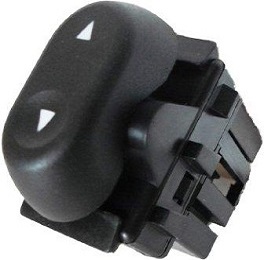 The quality of the Motorcraft part might be superior. However, if your vehicle already has 200,000 miles on it, maybe you don't need the superior quality.

When I saw this price I was thinking that it must be a rebuilt switch. Nevertheless, as I replaced them on a few vehicles I found them brand-new and never plugged in prior to purchase.

The truth is, the part is manufactured in Taiwan. The cheaper cost of labor and materials allows them to offer prices that many Americans might find nearly impossible.

With that said, I installed one of these switch Doctor parts more than 18 months ago and it still works fine. However, the back light seemed a different shade of green then the original. Anyway, that’s just my personal experience.

Before we talk about disassembling the old switch let's talk about why these parts fail. First of all, they fit into the driver's door panel arm rest. The location alone puts the plastic switches in harms way.

If you spill a drink passed through the drive through window it gets dowsed. I think you see where I'm going at this point. The switches I’ve taken apart show signs of this water intrusion.

I've also seen coffee and soda inside. It’s possible in this situation to take the switch apart and clean the electrical contacts.

However, on the few times I've attempted this I wound up breaking some of the plastic parts. They get very brittle with age.

For this reason I stopped taking them apart and just started installing the $15 master power window switches.

You can also get inexpensive made in Taiwan power window switches for the passenger side as these can fail for the same reason that the master switch does.

Diagnosing and Replacing the Switch

Visitors to the fix my old ride.com website know that I don't like to guess at failed components.

There is no reason to misdiagnose this, as the switch is easy to confirm as bad or good. With that said, I started getting cocky and when I ordered the replacement Ford F150 power window switch in advance of a customer's arrival, I got burned.

I replaced the switch and the window still didn't work. I figured that maybe the switch was no good right out of the box.

This truck had over 250k miles on her and never had the door panel off before. And there was water inside because the drain clogged. 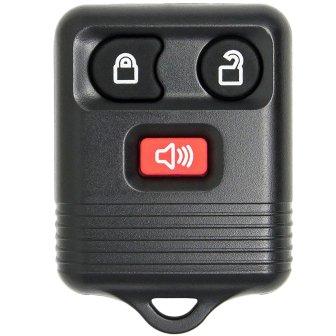 After removing the door panel and testing the power window system properly I found a failed window lift motor. Although power window motors fail less frequently, they remain a possibility.

Confirm that you have a good power supply and ground supplied to the master switch before you order replacements. Also make sure that you don't have power coming out of the switch and heading to the lift motor.

Now that these trucks are 10, 15 or even 20 years old the power window switch isn’t the only manually operated switch needing replacement.

Anything that you use every day to unlock doors will also require replacement. Although you can replace the battery in the Ford F150 keyless entry remote, the buttons themselves eventually fail.

As with the master window switch, aftermarket suppliers have stepped up to the plate and offer really cheap replacement keyless entry remote fobs.

The convenience of walking up to the door, pushing a button as you approach, is certainly worth the $15 price tag of a new remote.

Sidebar: If you own an F150 you might have problems with opening your doors at some point. See the ingenious repair that fixes the door latch cable instead of replacing it. Also take a look at why the F150 blower resistor module fails in high numbers.