Let's review common ignition coil problems. Since we focus on older automobiles on this website, we need to discuss the evolution of the ignition coil briefly.

In the old days we had a barrel type, coil that sent a rapid fire spark to the center terminal of the distributor.

They used these coils for decades. In fact, these are some of the most reliable ignition system coils ever produced by the automotive industry.

However, in an effort to increase fuel economy and horsepower they found it necessary to adapt the ignition system.

We watched the development of DIS (Direct Ignition Systems) that use multiple ignition coils to fire paired cylinders.

Often when cars from the 90s start to exhibit common ignition coil problems we trace the issue back to a faulty automotive ignition module. In other words, these coils remained reliable for the most part.

Then car manufacturers started producing individual coils for each cylinder with mixed results.

Example, the GM 3.6 L V6 ignition coil failed in large numbers. Sometimes they mount the coil on the valve cover and use a short ignition wire leading down to the spark plug threaded into the cylinder head.

However, coil over plug setups started to dominate the industry. This is when the coil fits directly over the spark plug.

The interesting thing about this setup is it moves the coil from a nice cool location to an extremely hot position.

As we learned in the automotive electrical section, heat can break down electronic components.

This is how we discovered common ignition coil problems on specific models.

Cheaply made coils shoved down into locations with little ventilation fail on a regular basis.

In this article we'll spend a minimal amount of time on how the coil operates and symptoms associated with failing ignition coils.

How the Ignition Coil Works

I spent a lot of time in automotive electronics classes. The ignition coil never ceases to amaze me. The thing that makes it special is its ability to produce an extremely powerful zap of electrical energy.

If you received a shock by a coil like I have, you know exactly what I'm talking about. Yet the source of the high power ignition comes from a low power 12 V electrical system.

That's right, the ignition coil generates this amazing voltage by multiplying and amplifying standard battery voltage. As you might suspect it does this by using a coil of wire. This coiled wire is wrapped around an iron core.

You might be curious about just how much amplification takes place. Standard automotive ignition systems can take 12 V and produce short outputs of spark in the 50,000 V range.

We often call these performance systems, high energy ignitions. We divide modern ignition systems into the primary and secondary halves.

This sounds technical, but it's actually quite simple. The primary section of the ignition system includes the coil and everything heading back towards the battery.

Secondary ignition system includes anything after the coil assembly. Commonly this includes a short length of ignition wire and the spark plugs.

Therefore, a failure in the secondary ignition system points to an ignition wire or maybe a car maintenance issue like a spark plug. 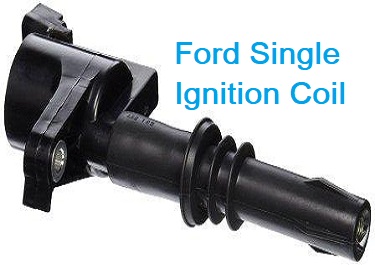 As the ignition system evolved on automobiles throughout the last several decades the automotive manufacturer started learning from their mistakes.

At first, they thought the way to go was to move the coil as close to the plug as possible. This saves money on ignition wires, potentially saving the company huge amounts in manufacturing costs.

Then they started to realize the closer they located the coil to the engine the less reliable it became over time. Of course, this stems from from heat and vibration.

Therefore, when you pop the hood of a vehicle from the 2000's you see some with ignition coils mounted near the plugs, but a short section of ignition wire leading down to the spark plug.

Ford produced an amazing number of F-150 trucks throughout the 2000 decade. Most of these hard-working trucks last a long time.

In fact, they last so long that the ignition coil will probably need replacing on these models. This remains especially true of coils located at the rear of the engine compartment.

These parts suffer from a hot soak condition after the engine is turned off. Individual coil over plug ignition setups aren't a bad thing.

With that said, vehicle manufacturers probably didn't expect drivers to run their vehicles for 300,000 miles. The coils probably won't go that far.

Therefore let's talk about symptoms of common ignition coil problems and how to test these parts to identify failed components.

Symptoms of a Bad Ignition Coil 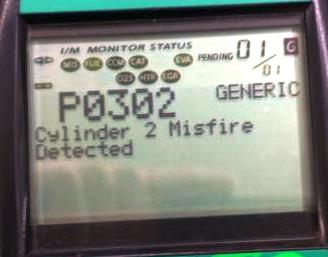 Drivers hate it when the check engine light comes on. Mechanics love it. Not just because they're about to make money, but because individual set codes point to specific problems.

A failed ignition coil will most likely turn on a check engine light and set a diagnostic trouble code. Specifically an on-board diagnostic system code in the P0300 range.

As an example, if you set a P0302 it points to an issue in cylinder number two. This allows you to head right for that coil, secondary ignition wire or spark plug to pinpoint diagnose specific or common ignition coil problems.

Drivers that don't have an automotive scan tool at home should invest in one. You can find reliable automotive code readers in the $50 price range.

However, there are additional symptoms that indicate a possible problem with an ignition coil. Fortunately, these are not subtle or intermittent symptoms. When a coil pack fails and one cylinder refuses to fire, drivers immediately notice the difference.

As mentioned in the opening of this common ignition coil problem article, these symptoms include a bucking or surging from the engine.

This actually stems from the misfire of the cylinder with a failed component. It's like running with an injured leg.

You can still move, but not with the power and speed of a healthy individual. Therefore, a hesitation or lack of engine power becomes another complaint associated with a failed ignition coil. Some drivers like to continue motoring with a problem like this.

This isn't a good idea. When an engine cylinder fails to fire, raw fuel discharges into the exhaust system.

This raw fuel, then burns inside the catalytic converter and quickly ruins this expensive emission system component. Do yourself a favor and diagnose and repair any misfire issues without hesitation.

How to Test Ignition Coils

Fortunately, testing ignition coils isn't too difficult. As mentioned above if you set a check engine light code you already know which cylinder to start with.

With the engine running at idle you disconnect this electrical connection. You should see a drastic change in the way the engine runs. If you don't see any change at all this becomes an indication the coil isn't doing anything when it's plugged in.

With that said, most mechanics prefer to remove the coil and use an automotive meter to test the resistance of the coil.

The mass of wire that amplifies the spark uses a long length of fine wire coiled around an iron bar. In order for it to work properly the coiled wire must not have any breaks in it. 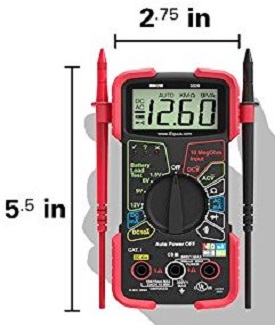 Therefore, we can test the coiled wire for continuity using a resistance test. You simply put your red lead on one terminal on the ignition coil and your black lead on the other.

You should get a resistance reading. If this test proves that an open condition exists, this coil tested bad.

Although both of these tests work well, situations remain where the coil problem surfaces under certain conditions.

This is when the vehicle provides a hard to find intermittent misfire. Often mechanics find a coil located in the rear of the engine compartment only fails under severe heat and vibration, yet passes a resistance test.

In this situation testing should occur after a hot soak. This simply means running the vehicle to full operating temperature and then turning it off to allow maximum heat to build up.