Ignition module failure is no joke because it often leaves you stranded. The complaint is the engine cranks normally, but does not start.

The cause of an ignition control module failure is often associated with age and damage from heat buildup. The correction for this issue becomes the replacement of the failed component.

Here in this brief article we'll talk about three popular generations of control modules known for a high failure rate. This article focuses on General Motors automobiles from the last 30 years.

It even covers ignition module failure on the early DIS (Direct Ignition System) found on some of the most popular GM V-6 engines ever built.

However, if you’re Ford fan we created a separate article that focuses on the popular model Ford ignition module failure.

We start on covering vehicles from the mid-80s and progress through the 2005 model year. 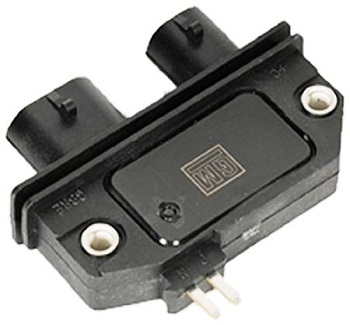 The original equipment GM ignition control module can go a long way before it leaves you high and dry.

When I say high and dry I'm talking about a vehicle that cranks around, but will not fire up.

Most of the original modules installed in Chevrolet distributors from the mid-80s through the mid-90s shared the same solid-state design.

These made in the USA parts proudly show the ACDelco or GM symbol engraved on the module. General Motors designed them to last for the life of the vehicle.

However the 4.3 L V-6 and the 5.7 L V-8 engines that utilize the module lasted longer than many thought possible.

The same can be said for the Chevrolet Blazer or S-10 pickup truck that carries the 4.3 L V-6. These engines need ignition modules before they head to the junkyard.

On a technical note, make sure you apply dielectric grease to the heat sink before you install the new part. We have more on that below.

Also make sure that the vent screen and the distributor isn’t covered with corrosion.

These old distributors let air in through the bottom and vent it through the top of the distributor cap. If these become clogged corrosion and heat buildup can cook the new module.

In 1996 General Motors redesign the ignition module discussed above. They used it on about 10 years worth of vehicles.

With that said, these parts didn't hold up as well or as long as the ignition modules from the previous generation.

These parts found their way into the same V-8 and V-6 engines mentioned above. However, they now call them Vortec motors.

Some popular vehicles with high sales figures carried these types of ignition modules.

Just to name a few, the Chevrolet Camaro Sport Coupe and all the sport-utility vehicles like the Tahoe, Suburban and Blazer.

This also includes the pickup trucks and cargo vans. What's interesting about this common ignition module failure is the way it goes out.

As mentioned above, on the previous generation, you’d come out to the vehicle and it wouldn’t start. When the second generation modules go bad the vehicle starts up and runs good until it gets hot.

At that point it stalls out and won’t restart. After the engine cools down the vehicle might restart and run fine until it gets hot again.

This cycle happens over and over again until you replace the component. Intermittent malfunctions become hard to find, but the way this module fails is common knowledge around experienced mechanics.

Sidebar: In some cases the Vortec plastic distributor fails before the ignition module. 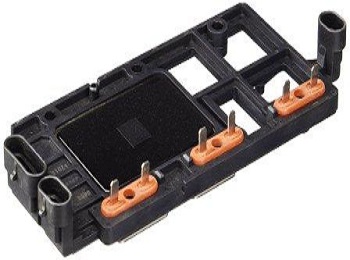 In the early 90s General Motors started to do away with the distributor, cap and rotor we all loved since the turn-of-the-century.

General Motors decided they didn't need all those moving parts. Now they would receive data from a crankshaft and camshaft position sensor and use this information to fire each plug directly.

Hence, direct ignition became popular. On the V-6 engines like the 3100 and the 3800 series from General Motors, both used this early form of direct ignition.

The system worked extremely well and held up pretty good. As these vehicles started crossing the 15 to 20-year-old barrier the control module started to fail.

The symptoms became wide range and included a no start condition as with the early ignition control module failure.

However, you get one telltale sign that signals the onset of direct ignition problems. We call it the jumping tachometer needle issue.

On vehicles with factory installed tachometers the needle jumps or moves intermittently. Most people ignored these ignition module failure symptoms and continued to drive the automobile.

As the problem worsens these cars set random misfire codes in the P0300 range. Another code found set in memory with an ignition system malfunction is the P0336.

This is a crank sensor code that sets when the crankshaft position sensor reports data out of range to the vehicles main computer or control module.

They designed these ignition control modules and GM V6 ignition coils to last for the life of the vehicle. Unfortunately, the definition of this term changed throughout the decades.

In the late 80s and early 90s people were putting about 15,000 miles a year on their automobiles in extreme circumstances.

General Motors and other car companies thought that you should get rid of that car at the 200,000 mile mark. 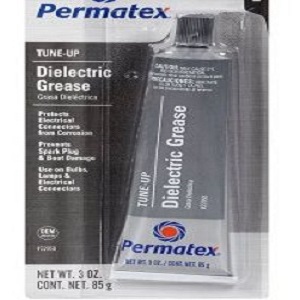 In a strange twist of fate coupled with economic factors this standard became largely ignored by the general population.

After replacing my share of failed ignition control modules on a wide range of vehicles I'm learning that spending a little more money for a brand-name part might actually be worth it.

I've received some off brands made in China that didn't work right out of the box or failed within a couple of weeks. For this reason I a lean toward parts manufactured in North America or Mexico.

Another key factor of the durability of the replacement parts is applying dielectric grease to the heat sink.

Visit the Homepage for more information about this auto repair website.