The 3800 Series II V6 also found its way into other General Motors cars and trucks. These engines have been around for a long time and can rack up a lot of miles. With that said, after you get past the 10 year 100,000 mile point it probably won't be long before you run into the MAP sensor problems.

I've seen a lot of videos talking about cleaning the vacuum port on the bottom side of the sensor. For me, I would rather replace the part and get another 10 years 100,000 miles out of the replacement.

In my mind this makes a fantastic DIY auto repair. Unfortunately, there remains some risk involved with the operation. In particular, you need to apply an abundant amount of caution when removing the original map sensor.

From the factory they retain the part with a pair of plastic clips. These are substantial clips, but they become brittle over time. We'll talk more about replacing the sensor after we talk about diagnosing the MAP sensor problem correctly. 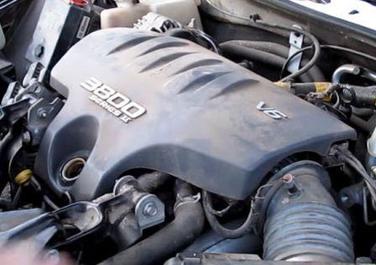 The acronym MAP stands for (Manifold Absolute Pressure). I always hated that name because it really doesn't describe what sensor does. It is one of the most important input sensors monitored by the car's main computer. In fact, it tells the computer how much load the engine is under.

The sensor accomplishes this by monitoring the vacuum readings inside the intake plenum. With this information the computer controls the fuel injector on and off time to provide the perfect amount of fuel needed for that situation.

As you can see if the information coming back to the computer is wrong, then the engine won't run right. Some of the common symptoms when you have the MAP sensor problem include lack of power, hesitation and stalling. In addition, poor fuel economy, bucking and surging become other common symptoms when the map sensor provides incorrect information.

However, the most common and maybe the most important symptom of a MAP sensor problem remains the check engine light warning. Unfortunately, when the engine runs that poorly it might set additional codes unrelated to the root cause of the problem.

When the computer detects unreliable information from the MAP sensor it sets code P0106. This trouble code stands for MAP sensor circuit performance out of range. Random misfire codes can also set in the P0300 range.

Professional mechanics use a rule of thumb for tackling these diagnostic codes. We almost always start with the lowest number codes first. In this situation, the P0106 becomes the lowest code that sets for this MAP sensor problem.

The standard repair flow starts with replacing the sensor and then clearing all of the diagnostic trouble codes with your handheld code reader. Then you drive the vehicle and see if any of the codes return. Sidebar: you can get yourself a simple car code reader in the $20 range. If you own an old GM car, then this becomes a tool you need to have on hand.

Normally, I recommend checking for the 5 volt reference signal from the computer at the sensor before replacing it. You can do so by probing the green wire on the three wire connector with a voltmeter. However, when it comes to the map sensor problem on the 3800 Series V-6 engine, I just go ahead and replace the part.

How to Replace the MAP Sensor

Here comes the most important point to make about how to replace the map sensor on the GM V-6 engine. The plastic clips that hold the sensor in place become brittle over time. 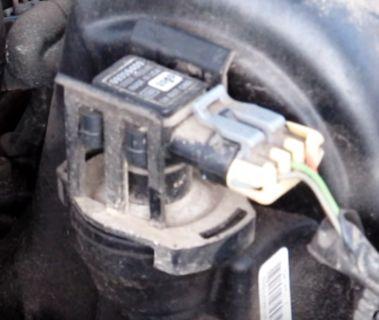 Next, you rock the sensor back and forth as you pull it free from the manifold. The other place you have to show caution happens when the orange rubber seal stays inside the intake manifold port.

Although this isn't usually a problem you must make sure the old orange seal doesn't fall down inside the manifold. If the sensor comes out without the seal you can use a small pick or tweezers to extract the seal. Installing the new part remains much easier. You just push it gently into place until the retaining clips lock.

On a final note, these General Motors V6 engines also see a high failure rate with the mass airflow sensor. However, problems with the MAF sensor set the P0100 trouble code. Yet another reason to own a cheap code reader.