How to handle an oil change performed incorrectly. It's more common than you might think for an auto repair shop to mess up an oil change. This becomes a costly mistake for all involved.

The handful of times I've had someone else change my oil, I pulled the dipstick before I drive off the lot. I also look under the vehicle to make sure there’s no oil dripping.

Unfortunately, not all automotive consumers take these steps before leaving the facility. I provide some limited support on the car questions answered Facebook page.

A visitor had an oil change performed incorrectly and contacted me after they towed the automobile back to the dealership. In this brief article we'll talk about this exact situation. I copied and pasted the car maintenance question as an example for automotive consumers to learn from. 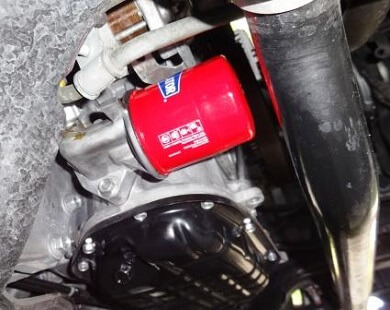 The Shop Messed up my Oil Change

Hi: I had an oil change performed incorrectly by a Chevy dealer. It's a 2012 Chevy Malibu with 92,500 miles. I bought the car new from the dealer and all servicing took place through them exclusively. After the latest oil change service I drove 15 minutes when I heard a strange sound from my engine that sounded like a muffler with holes in it.

I noticed the car bogging down, but it still would drive. I drove 50 miles home at 70 mph. The car continued to bog down and make the same noise.

When I got home, I unloaded the groceries and had dinner, so the car sat for a good hour. I then took my husband for a very short drive so he could hear the noise. Now the check engine light came on and the engine idle felt rough.

We turned the car off and checked the oil levels. Only a dot of oil showed on the tip of the dipstick. The Chevy dealer towed it back to the shop.

Their findings said, a bug got past the air filter to mess up the MAF sensor, which resulted in the car bogging down and the engine light to come on. Second, they said the oil is fine.

Keep in mind the knocking sound and just a smear of oil on the dipstick. My question for you is what should I ask when I go pick it up? I know the oil is not fine. I'm worried about long-term engine damage.

My Answer about Oil Change Mistakes

This is a tough one to advise on since a lot of stuff already happened. My fear is the dealership isn't being entirely honest with you and we have no 3rd party verification. With that said, I would ask for documentation.

Tell them you believe they performed the oil change incorrectly, because you pulled the dipstick and it was dry. You want assurance in writing that they will stand behind any future engine problems. You missed a big opportunity by not looking under the car for leaking oil before they towed it. 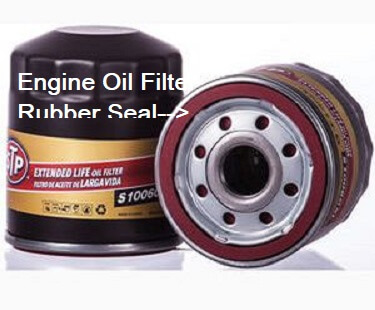 The most common mistake mechanics make on the 4 cylinder Malibu remains failure to remove the old oil filter seal. We call this a double gasket situation. It holds for a couple of miles and then leaks pressurized oil.

This makes an easy to see the mess. The gasket is in red on this picture of an oil filter for a 4 cylinder Malibu. Another possibility exists for an oil change performed incorrectly. Maybe the service department technician forgot to refill the engine oil. This also happens more than people realize.

Mechanics remain under a lot of pressure to perform maintenance services quickly. They can also get distracted by the hustle and bustle that occurs in the crazy shop environment. Mechanics are humans and capable of making mistakes as with any other professional service.

The auto repair shops response to an oil change performed incorrectly becomes important. If you notice they said that the oil change went fine. In fact, they went on to blame the entire situation on a bug that found its way past the air filter.

They went on to say that this insect issue turned on the check engine light and became the root cause of all the driver's complaints. It seems like a pretty weak story. The question to ask on this subject, what code set in memory?

Whenever the check engine light comes on a diagnostic trouble code sets in the main computer. You can learn a lot from this information. The driver doesn't think the shop was honest and remains concerned about the future reliability of her automobile. Here's my advice in this situation.

Make it clear to the repair facility what you think happened and document their response. Save all the receipts, including the original oil change repair order. Also get a copy of the towing bill to prove the auto repair center paid the towing charges. This kind of admits fault or recognition of error on their part. Since this took place in a dealership environment, don't be afraid to call Chevrolet customer assistance and open up a case file.

Often the auto repair centers first reaction to an oil change performed incorrectly is to deny any wrongdoing. Replacing an engine remains an expensive operation that can cost a shop thousands of dollars. Many people don't realize that even when the shop admits guilt the automobile may never be the same.

Let's use a common scenario as an example. Let's say in this situation the dealership, finds engine damage as a result of the incorrect maintenance procedure. If they decide to replace the engine they will look to cut corners on this repair.

They'll take the option of replacing the engine short block. This means they transfer the old cylinder heads and all the other old parts onto a new core engine replacement. An aftermarket shop might want to use a junkyard engine replacement.

Although the shop tries to do the right thing in this bad situation, the car isn't as reliable going forward. No one can match the quality of the factory assembly line when it comes to assembling and installing an engine. That's why I say an oil change performed incorrectly hurts everyone involved. There’s no winner here. With that said, these things happen.

Therefore, take my advice and check for any maintenance problems before you leave the repair center. It's not about who's responsible for the engine damage after an oil change goes bad. It's about preventing it from happening in the first place.