When you have transmission speed sensor problems the symptoms can feel like an extremely serious internal transmission problem.

Some common symptoms of a vehicle speed sensor failure include harsh or late shifts. A transmission that hunts for a gear or seems undecided what gear to choose becomes another common complaint.

Finally, signs of a transmission speed sensor failure affect the speedometer operation. Some drivers complain about a flickering needle.

Other drivers report situations where the speedometer falls to zero or doesn't work at all. In this brief article we'll discuss common vehicle speed sensor problems.

We talk about specific issues with a Toyota Camry, Mazda products from 2005 through 2007 and Acura. However, remember that any automobile can experience a VSS (Vehicle Speed Sensor) failure. 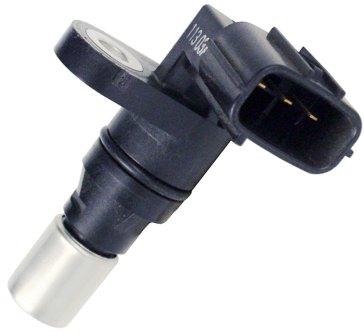 If you noticed, I've used the words, transmission speed sensor and vehicle speed sensor so far. The only difference between the two is what the manufacturer decides to call it.

With that in mind most car makers take the VSS or the vehicle speed sensor moniker. We consider these parts a permanent magnet signal generating type sensor.

These simple components produce their own voltage by monitoring the output shaft of the transmission.

A magnetic field is opened and closed thereby producing a varying voltage signal. This information is received by the cars main computer control module.

Of course, we share the current speed information with the driver so they know how fast they're going.

Although most of the modern sensors no longer have moving parts there are still automobiles that use a gear driven transmission speed sensor.

In either case, the faster the transmission output shaft moves, the more voltage the sensor produces. Interruption in this signal often points to an internal failure of these variable voltage generating components.

This erroneous information causes a plethora of symptoms, including the ones mentioned above. If we're lucky, the check engine light will come on and a specific code sets pointing us in the right direction for logical diagnosis.

To get an idea of the common complaints, causes and corrections let's use a specific year, make and model car problem as an example.

Some of the older Toyota Camry cars spanning from the year 2001 through 2005 with the four-cylinder engine experience symptoms that point to transmission sensor problems.

I'm not sure why at the time of this writing, but the V6 experiences a lower failure rate than the 4cyl cars.

These Toyota automobiles can have speedometers that drop to zero while driving down the road. When this happens the computer control module doesn't actually know how fast the vehicle is going.

Therefore, other symptoms like unexpected downshifts or hunting for gears can occur. On a few of the vehicles I worked on, I found heavy corrosion on the connector where it attaches to the sensor. 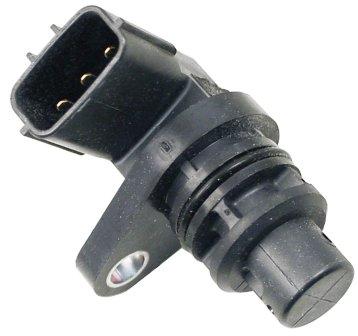 Some of the common years include vehicles with a build date between 2000 and 2007. These cars commonly set a generic trouble code P0715 that stands for an input turbine speed sensor malfunction.

Mazda calls this component a TSS or turbine speed sensor. On the Mazda automobiles both the transmission control module and the primary ECM (Electronic Control Module) both monitor signals from the TSS.

The P0715 trouble code sets when one or both of these control modules receive data outside the normal parameters of operation.

Although it doesn't automatically mean the sensor itself failed, it remains one of the likely possibilities.

In addition, to a failed component an open in the wire harness that sends data back to the ECM becomes an additional possibility.

Even a poor connection to the sensor can set this same trouble code on many automobiles.

Therefore, some hands-on diagnosis could save you from buying a part you don't need. Also consider that electrical parts and sensors are often non refundable.

I wanted to highlight an issue with manual transmission equipped vehicles as an example that speed sensor problems aren’t isolated to automatic transmissions.

In this scenario we’ll use the Acura TL and the Acura RSX as an example. Speed sensor problems remain common on the older Acura luxury and sports cars spanning from 1997 through 2003.

Sidebar: one of these Acura models made my list featuring five cheap cars that look expensive. Some of the symptoms associated with a failing vehicle speed sensor on and Acura include intermittent speedometer operation, lack of power and flaring RPM issues when shifting gears.

I can point you to a popular YouTube video showing a gentleman replacing an Acura vehicle speed sensor. It's a good video, but it leaves out two important pieces of information about repairing transmission speed sensor problems.

After you remove the old parts you want to make sure to clean the bore and lubricate the O-ring on the replacement part. Finally, the gentleman said to crank down on the 10 mm bolt holding down the speed sensor.

This part has a plastic base and the torque specification measures in inch pounds. If you over tighten it, you can crack the sensor or even worse break off the small retaining bolt. When this happens, it can snowball into something very ugly.

Visit the homepage for more information about how the fixmyoldride.com website can help you keep your old car on the road.