We'll also show you how to solve the issue permanently for about $65. The upgraded replacement part should last longer than the engine.

The distributor issue in these popular engines boils down to a factory installed plastic component that deteriorates over time.

If you think it's a bad idea to install a plastic distributor on an engine that reaches extreme temperatures, I'll agree with you.

However, when you stick this plastic component on top of a hot engine, in an area where ventilation becomes an issue, you're sure to have a problem.

I'm not here to knock the Vortec engines, because they produce excellent power and they last a long time. If you keep up on the tune-up and maintenance repairs.

With that said, the engine will far outlast the factory installed distributor. However, if you're going to have to replace this part why not use an upgraded version made out of cast aluminum?

A lot of people ask me if they need a timing light to replace the distributor on a Vortec engine. Well that depends on the year of the vehicle.

In 1997 they made the timing non-adjustable from the distributor base plate.

Nevertheless, there's still is a few tricks to get the timing right when you drop in the new distributor. We'll talk about all these things and more. 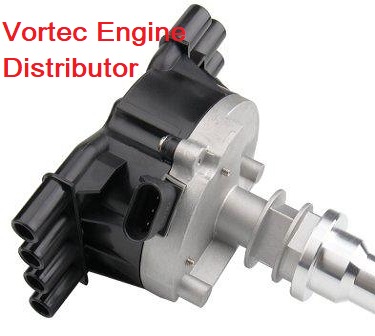 As a professional mechanic I spent most of my auto repair career turning wrenches at a Chevrolet dealership.

I remember the first time I opened the hood on a Vortec engine and saw the plastic distributor. I said to myself, wow, that's a really bad idea.

However, to my surprise the part lasted well outside the factory warranty period. This meant cutting corners actually cost the customer's money, not the vehicle manufacturer.

The same thing happened with the Vortec CPI fuel injector nicknamed the spider.

But I digress. When the Vortec engine distributor fails the vehicles experience one of two popular symptoms.

Number one, the upper bushing deteriorates and allows the cam driven distributor shaft to wobble. The first sign of this situation often becomes a check engine light code P0300 for a random misfire.

The issue stems from failure of the housing that in turn allows the distributor shaft bushing to wear out.

Yet another telltale sign that you'll see becomes a problem and also points back to the failure of the plastic housing.

On some Chevrolet models the distributor is actually two separate plastic pieces fused together. The heat from the engine compartment works on the housing and actually makes it shorter. 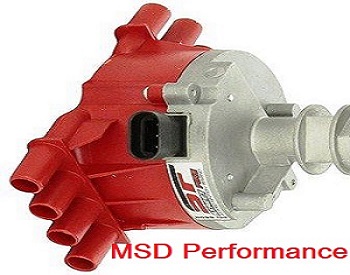 If you go to a brick and mortar parts store or even the local dealership and ask for a replacement Vortec engine distributor, they’ll hand you another plastic assembly.

However, This is your opportunity to upgrade to a superior aluminum body distributor assembly. In some cases the cost difference remains in the five to $10 range.

This becomes an opportunity to undue something the factory should have never done in the first place.

You can go one step up and give the A-Team performance distributor a chance.

For $110 bucks you get a performance oriented ignition module, 8mm spark plug wires and the aluminum body distributor I've been pushing in this article.

The one to the right fits 1996-2002 Chevrolet GM EFI Vortec V8 engines. However A-team has models for all years and V6 engines as well. If you want to spend more we got you covered.

Go completely nuts and get an MSD high performance ignition model. Race fans use to recommend the Street Domination Series for the GM Vortec V8 engines.

Not so much for the 4.3L V6 models. Nevertheless, my lets all get metal parts recommendation, becomes more of a policy statement than anything else.

Let me explain. This original equipment, made out of plastic distributor, can last 10 years 100,000 miles or more.

In this case the plastic body distributor lasts as long as you own the truck. My thought remains that General Motors made a big mistake by cutting corners on the original distributor.

A mistake you now have a chance to correct. Either way you decide to go, the replacement distributor comes complete with a brand-new cap and rotor.

Next up will talk about why you don't need a timing light to replace a Vortec distributor.

Tips for Replacing the Original Distributor

In the old days when you replaced the distributor you pointed it at the right cylinder, but then you had to adjust the timing.

Now all you have to do is get it to point in the same exact place as the old part. Personally, I like to set the engine up on a mark provided on the base of the distributor.

Some people would like to tap the starter motor to achieve this. However, rotating the engine from the crankshaft pulley bolt remains the way to get this done.

Here's the problem that people run into. We have a beveled gear at the end of the distributor shaft that meshes with the camshaft gear. This means as you remove the distributor the rotor turns.

When you install the new part, when the gear begins to mesh it won’t line up with the mark in the base. However, as you seat it, the rotor moves to the aligned position.

If you can't fully seat the new distributor the alignment of the oil pump driveshaft remains a possible issue. There's a popular video showing you how to replace the Vortec distributor.

Let's talk about what happens when you're off a tooth. The cam sensor installed in the replacement part sets a cam shaft, crank shaft correlation code P1345.

This means you have to move it a notch forward or backward. View this page for more information about car computer and sensor common problems.