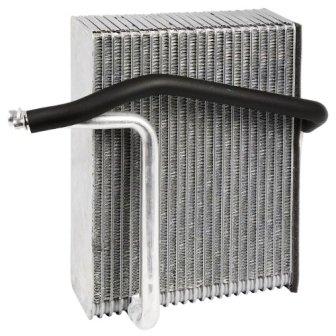 If you have an AC evaporator core failure in your Chrysler vehicle you're not alone. A quick search will reveal thousands of drivers dealing with the same exact problem. The scope of the air-conditioning malfunction is amazing.

Evaporator core failure on a 1993 Dodge Intrepid is as common as it is on a 2007 Dodge Caravan or a 2001 300M luxury sedan. One thing these models have in common is a high cost to replace the difficult to access component. On some auto repairs you can save money by going to a privately owned shop instead of a dealership.

However, nobody wants to replace the evaporator on a Dodge or Chrysler product. Therefore, both independent and dealership shops will come in at a high estimate. They’re just fine if you decline the repairs. How much does it cost to replace a Chrysler AC evaporator coil? This difficult air conditioning repair varies in cost between models.

With that said, common estimates come in from $1200-$1800 across the board. Keep in mind this also depends on where you’re located within the country. Car repairs are cheaper in Mobile, Alabama and more expensive in New York City.

Here we'll review common symptoms associated with evaporator failure. We'll also talk about the choices you have to solve the issue. Note that putting off this repair or continually recharging the system isn't a good idea and we'll explain why.

Find out what an AC evaporator core repair costs when you have a professional mechanic replace it. Finally, we'll discuss what it takes to tackle this repair on your own. In the final section we discuss the equipment you'll need, to get the job done right, so you won't experience repeat issues.

Why do you need to understand what made the AC evaporator core fail in the first place? This is one automotive procedure you don’t want to do twice. Failure to follow all the recommended steps could leave you with one of the worst AC problems you can have on an automobile.

As I mentioned in the opening paragraph so many models across so many years find themselves with a leaking evaporator.

On the older Chrysler products like the Dodge Intrepid, Chrysler Cirrus, and Sebring often you find the drain in the evaporator case clogged up with leaves, debris or mold. This allows water to sit in the bottom of the heater case.

On these automobiles the bottom half of the coils and fins remain submerged in water and eventually rots away. Leaks begin slowly and remain difficult to find. Some people might even try to use a Freon leak sealer, but because the leak is caused by deteriorating metal it’s often ineffective. 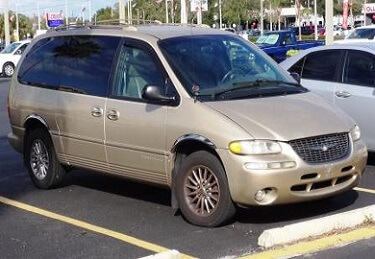 Of course, the base warranty covered the automobile for three years 36,000 miles leaving these people without warranty coverage. Although reports are conflicting about the root cause of failure on this newer model Chrysler product, it seems likely, that poor quality factory components may have been used.

Sometimes manufacturers reduce costs per unit by trying out a new supplier that promises to save the company a lot of money. Often this becomes an experiment that fails. If you own one of these newer models it’s also worth giving the Chrysler Corporation customer service line a call. In many cases, they’re willing to contribute to your repairs in an effort to keep you as a customer.

Not a Good Idea to Keep Recharging the AC System

When a Chrysler evaporator starts to develop a problem, it begins to leak Freon slowly. Eventually, the system becomes low enough that the pressure safety switch stops the compressor from kicking on.

These slow leaks become difficult for even a skilled mechanic to locate. Therefore, the automobile might get a couple AC system recharges before the problem is actually diagnosed correctly.

When the owners of these automobiles realize the cost runs somewhere between 1,200 and $1800 they might be tempted to put off these repairs. They might even go for multiple system recharges they know won’t last more than a few days or weeks.

Since the cost of recharging an air conditioning system averages around $100 it seems like a good way to put off the inevitable replacement of the AC evaporator core. Unfortunately, each time the system leaks down enough to cause the compressor not to come on, it loses some of the systems lubricating oil.

If an oil charge is not reinstalled you could wind up with a compressor failure due to lack of lubrication. Adding a compressor on to the list of air conditioning repairs you already needed can push the total repair bill close to the $3000 range. If your old Chrysler has a book value of around $1500 this repair wouldn't make sense. 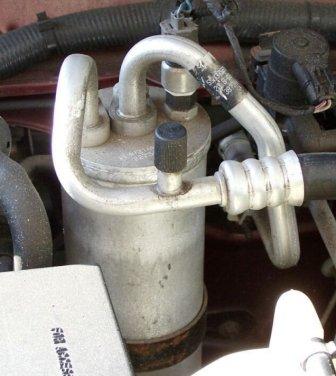 It’s tempting to try and tackle this automotive repair yourself. With the average cost of an evaporator core in the $110-$150 range many see an opportunity to save big.

Nevertheless, keep in mind that you also need three cans of refrigerant. Because the air conditioning system gets opened to the atmosphere on a hot and humid day, you should also replace the AC accumulator or receiver dryer.

This will boost, your parts cost close to the $250 price point. Still this remains a big opportunity to save. With that said, we'll need some air-conditioning tools to get the job done right.

After you put everything back together it’s necessary to pull a vacuum on the system to remove any moisture. You'll need an evacuation pump and a set of AC manifold gauges to do this.

It is imperative to pull 30 inches of vacuum for 15 to 30 minutes. This not only removes air and moisture from the system, but it also verifies no other leaks are present. Now we have all the parts and the tools needed, we have $400 out-of-pocket or close to it.

Now let's talk about what it takes to replace the evaporator core in a Chrysler product. This isn’t a job for the faint of heart. As a professional mechanic that does some side jobs at home, I tackled one of these in my driveway.

It was actually a Jeep Grand Cherokee AC evaporator core. I started early in the morning and wasn't done until about 6 o'clock in the evening. Do-it-yourself mechanics with a moderate amount of skill might want to allow for two days to complete the repairs.

Professional mechanics develop shortcuts after performing the AC evaporator core operation a few times. Do it yourself people perform this type of repair once in a lifetime.

What makes the job difficult is the heating and air conditioning case needs complete removal from the automobile.There's more than way to approach removal of the heater case on Chrysler cars and trucks.

People differ on the procedure on whether to pull the dash back and lower the steering column or to remove both of those completely to gain easier access. This remains a judgment call on your part. Here’s a video of how to replace the average Chrysler evaporator core.

Needed Parts and Tools to Replace the Evaporator Core

Although I wouldn't consider this a beginner level repair, those with a long term familiarity with their automobile can get through this operation. With that said, if you want the evaporator core replacement and the air conditioning to function long term, don't skip pulling a vacuum on the system before recharging it.

The search results open in a convenient overlay. However, the pages from This Website are listed below 4 ads at the top.