If you experience the Chevy engine crankshaft position sensor problem, it's important to remember two things. First, the symptoms can closely mimic those of a failing fuel pump.

To further complicate this issue the Chevrolet fuel pump isn't known for its reliability on these trucks either. The second point to make touches on a common problem with the coolant temperature sender. When the engine temperature sensor fails it displays similar symptoms as with engine crankshaft position sensor failure.

The important thing is to get the diagnosis correct to avoid replacing good parts. In this article we'll discuss the specific symptoms and diagnostic procedures associated with a V8 Chevy engine crankshaft position sensor failure.

One of the reasons this computer monitored sensor remains difficult to diagnose relates back to the intermittent nature of the condition. In other words, when the crank sensor first starts to fail, the problem becomes so fast and intermittent that it doesn't set a check engine light code.

This is one of those rare situations where a constantly monitored computer controlled sensor can fail without setting a specific diagnostic trouble code for the failure of that component.

For this reason we'll spend some time talking about testing procedures for a common complaint of intermittent stalling and hard starting situations on General Motors trucks. 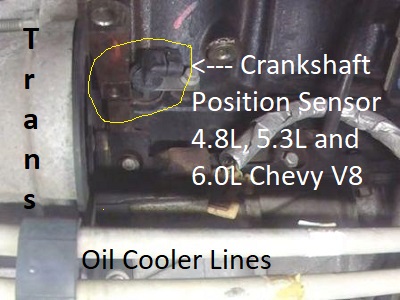 Crank Sensor with the Starter Removed

When the crankshaft position sensor completely fails the engine won't start. The problem becomes what happens when the sensor starts to go bad or provides an intermittent signal to the computer or electronic control module. At the beginning of this type of failure drivers complain about symptoms of intermittent stalling with difficulty in restarting the engine.

In fact, car owners often describe the stalling and starting problems associated with higher engine temperatures. In other words, as the engine reaches normal operating temperature, stalling and hard starting increase. In addition, drivers often talk about how the engine will restart if it is allowed to cool.

And this is what sets the Chevy crankshaft position sensor failure apart from other problems. Coming across a defective engine management sensor isn't uncommon on any year, make or model automobile. What remains unlikely about any computer sensor failure becomes its ability to heal itself during a cool down period.

As mentioned above the intermittent failure of this sensor can happen so quickly that the computer doesn't recognize or set a diagnostic trouble code for the issue. However, when the crank sensor starts to act up on a regular basis, it will set diagnostic trouble codes for crankshaft position sensor problems.

With that said, two other common problems with the Chevrolet V-8 engine can cause engine stalling and starting issues on V-8 powered cars and trucks. This includes the 4.8 L, 5.3 L and the 6.0 L V-8 General Motors engines. Of course, we're talking about the in tank fuel pump failure and problems with the coolant temperature sensor on these engines. 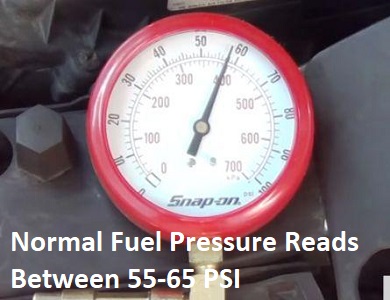 When you have a bad crankshaft position sensor on a Chevy truck the stalling and difficulty restarting the engine becomes closely related to engine temperature.

On the other hand, when you have a stalling and no start conditions from a defective fuel pump, engine temperature has no role in the frequency or severity of the symptoms.

Performing a quick fuel pump pressure test becomes the perfect way to distinguish the crank no start situation caused by the lack of fuel rather than a lack of spark. Since fuel pump problems on Chevy trucks remain a common situation the purchase of a $20 fuel pressure tester provides an excellent investment for a Chevrolet truck owner.

We perform a fuel pressure test on a cold engine. After connecting the test gauge you simply cycle the key on and the fuel pump should run for two seconds. This short run time should pressurize the entire fuel system to 55 to 65 psi. Note that the exact amount of fuel pressure depends on the year, make and model of your Chevrolet truck. With that said, it takes more than 50 PSI to properly fire the Vortec fuel injectors. 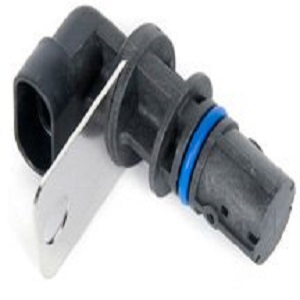 When you're Chevy engine crankshaft position sensor goes bad it will eventually set a diagnostic trouble code in the P0335 through P0339 range.

The problem becomes identifying this component as the root cause of an intermittent failure in the beginning stages. The way to for sure nail down a Chevy engine crankshaft position sensor as a failed component for an intermittent no start is to use a scan tool.

I'm not talking about an expensive dealership level diagnostic tool. I'm talking about a simple $30 scanner that has the capability to read the live data stream and take snapshots. When the crankshaft position sensor causes the engine to stall or not to start, you will find zero cranking RPMs on the scan tools data stream.

In other words, when you pull up the crank sensor information on the scanner and crank the engine around, the sensor itself reads zero. Even the most inexpensive scanners today supply live engine cranking data.

It should show a variable number from 500 to 800 cranking RPM. I know people avoid purchasing tools because they are not sure how often they will use them.

However, if you have an old Chevrolet truck and you plan on getting a few more years out of it, an automotive scan tool becomes almost a necessity.

These check engine light codes point vehicle owners in the right direction. On a final note, let me quickly talk about the uniqueness of the failure of the crank position sensor on the Chevrolet pickup trucks.

When a crankshaft position sensor fails on a Mercedes-Benz the vehicle won't start. On a Chevrolet pickup truck, as outlined in this article, not only will the vehicle start, but it can run for a while before the heat causes problems with this sensor output.

Then as the part cools, it seems to heal itself. This makes finding the malfunction difficult unless you know what you're looking for. Find out what else we cover on this website on the fix my old ride homepage.