Keep in mind that the S-10 pickup truck can also come with a 4.3 L V-6. However, in this article we'll focus on Chevrolet Blazer sport-utility vehicles from 1996 through 2005.

You'll find a lot of articles on this website about this specific truck, because I owned a 2004 Chevrolet Blazer ZR2.

Although I got 10 years and 150,000 miles out of it, the truck remained troublesome all the way through the ownership cycle. I highlighted a few of the unavoidable issues this truck sends your way in several posts.

Let me draw your attention to three in particular. If you own one of these trucks you'll probably run into the central port fuel injector problem at some point.

I also had a lot of problems with failed distributor cap and rotors and found it necessary to replace the ignition module.

In the end, I also had to replace the factory installed plastic distributor. Now let's get back to covering the Chevy Blazer engine mount problem.

My customer's always want to know why? In this case, why did the motor mount break? It would be easy to say that the parts from the factory were of poor quality, but there is more to the issue than that.

The 4.3 L V-6 packs a lot of engine torque. This is one of the reasons why the tow load rating is over 6,000 pounds for this small truck. A lot of people don't realize that this engine is based off the LT1 V-8. 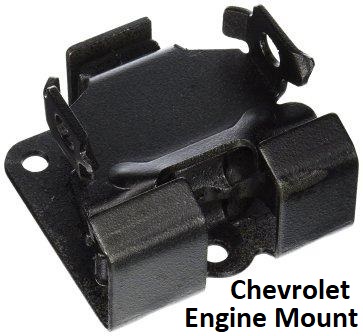 Your engine is so powerful that it ripped apart the engine mount. This usually brings a smile to their face and they're better able to deal with the broken Chevy Blazer engine mount issue.

Symptoms of a Broken Engine Mount

This engine mount fails the old fashion way. The rubber holding the metal parts together separates or tears.

This means that the normal set of symptoms associated with this type of failure becomes a thumping or clunking noise. The clunk is most noticed when you shift from park to drive. However, if you apply a lot of throttle the engine lifts up.

When you let off the gas it drops back down into place causing a major thud. It feels like the engine is trying to jump out of the engine compartment because that's exactly what’s happening. Here's a video confirming a broken engine mount on the Blazer.

Since the direction of the torque pulls to the right it's always the driver side or left side engine mount that fails.

Note that the left and right side engine mounts use the same part number. With that said, for my customers with a high mileage Chevrolet Blazer I recommend that they replace both engine mounts and the transmission mount at the same time.

Here’s the reason why. When the left side mount breaks loose the increased motion of the engine works on the already aging right side engine mount and the transmission mount.

With the cost of a complete set of engine and transmission mounts in the $60 range, it makes a lot of sense to knock them all out at once.

Another common symptom that Chevrolet truck owners complain about is a vibration or what feels like an extremely rough idle. Although not as common as separation, it’s possible for the engine mount to collapse.

When the rubber fails to insulate the engine vibration from the frame you can feel it through the entire vehicle, but especially in the steering wheel.

I'm not going to sugarcoat it. This is not a good do-it-yourself driveway repair. The first time I did the job it took me about four hours.

After learning the tricks involved I can probably do it in about half of that time. Safety remains a big concern when performing this repair.

For these reasons I recommend saving money on the parts by shopping around, but paying the labor to have a professional mechanic do the repairs.

It's a lot easier when the vehicle is up in the air and the mechanic can walk underneath of it. If you do decide to go it alone, you might just want to replace the single left side engine mount which is the root cause of the problem, because of the level of difficulty.

With that said, let me review a few of the things that I learned the hard way on the first engine mount replacement I did.

The first things you have to do are support the vehicle, remove the tire and go at things through the wheel well. You want to remove any splash shields to gain access. The next step becomes to jack up the engine. 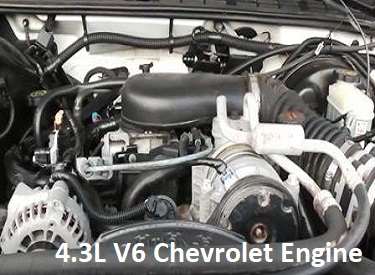 Most people use a floor jack and a block of wood on the bottom side of the oil pan. The engine comes up easily, but you don't want to force it because you can dent the oil pan and damage other parts.

As you jack up the engine, the first thing you notice is the fan starts to hit the shroud. So you want to remove the fan shroud and air box assembly.

They used three bolts to attach the motor mount to the engine block. The bottom bolt is a real problem. You can look around YouTube for videos showing tricks and techniques for dealing with this issue.

On the driver side, I decided to remove the steering shaft that runs from the firewall to the steering box. With that out of the way you'll have a fighting chance of getting at the bottom bolt.

I called around my area to get an idea of how much the Chevy Blazer engine mount replacement costs. I found some pretty aggressive pricing. Shops in my area get $500 for parts and labor.

This is just for the left side engine mount. With the replacement part coming in around $12 you can save a lot by doing the operation yourself. If you decide to go that route, make sure you’re well prepared.

After watching a few YouTube videos of people replacing the Chevrolet engine mounts I wanted to make three important points. Some people leave the bottom bolt out because it’s so difficult to get back in. This is not a good idea. In addition, I see a lot of safety concerns and room for improvement.

Jamming a block of wood between the exhaust manifold and the frame of the truck can act like a jack stand. This stops the engine from coming down unexpectedly.

For this reason some people just throw that part in the trash. Without the heat shield the exhaust manifold will bake the rubber of the replacement part and failure becomes greatly accelerated.

If you’re going to do the job, make sure you get all three bolts back in and retain the original heat shield.

We posted this Chevy blazer motor mount article in the miscellaneous car repair section. You can find other hard to classify automotive repairs in that area.